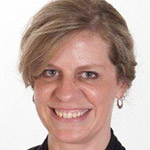 Robyn attended the University of Northern Colorado as a piano performance major. A seasoned performer, she has appeared in multiple theatre productions including Guys and Dolls, She Loves Me, Grease, West Side Story, Disney’s Beauty and the Beast, and Singin’ In The Rain. Robyn’s musical performances were featured in the 2014 Bobby G Award winner Joseph, and the Amazing Technicolor Dreamcoat. In addition to teaching and performing at the DCPA, she is the staff pianist for the Grammy Away-winning Cherry Creek High School vocal music department. She has been an accompanist, performer, instructor and arranger for more than 20 years. Robyn is a voice, piano, music theory and composition instructor. Her vocal arrangements have been featured in many performances including the Bobby G Awards ceremony. She has been the Musical Director for numerous shows with DCPA Education’s Teen Company and has provided musical direction for DCPA Education’s Master Class Projects.


The complexities of music and lyric inform the internal and external life of musical theatre characters. Through working examples of selections from beloved musicals, this workshop will give you insight and tips in how best to approach, then deliver, a song based on analyzing the song’s lyric and musical structure.