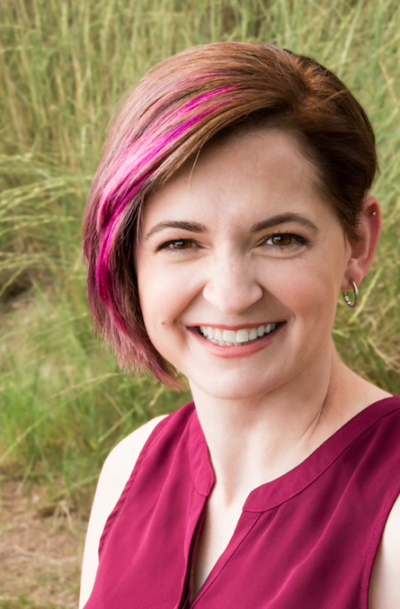 Autumn grew up in Orlando, FL where she performed with Orlando Ballet's The Nutcracker on tour at the young age of 12 and danced at Walt Disney World. She then performed with the Radio City Rockettes for 7 years, negotiated contracts as their union representative and was one of the main Rockettes chosen to give interviews for radio, newspapers and television. Autumn has also danced for Tokyo Disneyland in Japan, Holland America Cruise Lines, Perichoresis Dance Company in NYC, the Olympic Game Opening Ceremony and internationally in Kenya and Romania. Her other appearances include: musical group Outkast, The Today Show, CNN, Waterboy, Rosewood, The Division, America's Health Network, Dance Studio Life, Dance Teacher and First Women Magazines. Along with her dance career, Autumn graduated from the University of Florida with a BS in Telecommunications and a Minor in Theatre. She then continued her education in NYC at The Kane School for Pilates, Stella Adler Studio of Acting and The School for Film and Television. She is also a commercial voice over artist for radio. Autumn has 23 years of experience teaching ages 4 through adult and has taught at The Joffery School of Ballet, The Orlando Ballet, The Rockette Dance Intensive, Project Dance NYC, Dance Masters of America, Fox Theatre’s Rising Stars, The Atlanta Ballet, New York Backstage, Boulder Jazz Workshop and at the Texas Dance Educators Association. Some of her students’ credits include: Broadway: Anastasia, Tootsie & Prom the Musical, Mamma Mia on Tour, Industry Dance Awards, Alvin Ailey’s Pre-Professional Program, Young Arts National Arts Finalist, Joffrey & Juilliard Summer Intensives, So You Think You Can Dance, The Juilliard School, AMDA, The Royal Central School in London and Point Park University. Autumn has also enjoyed being a convention teacher with Celebration Talent and Beyond the Stars, high school dance team coach, adjunct professor at Brenau University and the producer of Project Dance Atlanta for 4 years. Her favorite musical is The Drowsy Chaperone. Autumn was thrilled to choreograph this production in Georgia where she won numerous choreography awards, including receiving first place at the Shuler Awards. Around the country Autumn currently guest teaches and choreographs, judges competitions and is a director with Project Dance. In Colorado she adjudicates for the Bobby G Awards, teaches at Broadway Training Intensive and dance studios around the state. AutumnMorgenstern.com