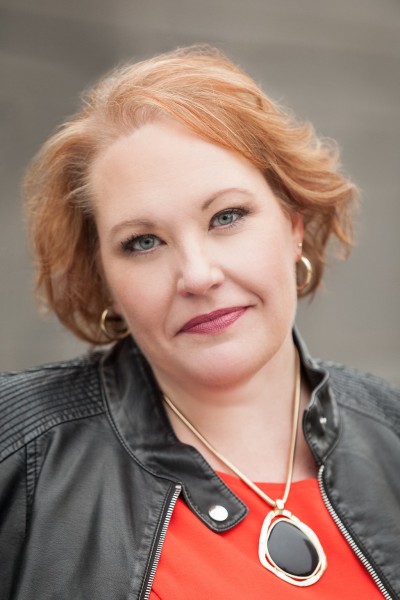 Ms. Koepke comes from a diverse performance background ranging from musical theater to stage plays to opera to cabaret. A full lyric soprano, she has performed such roles as Maria (The Sound of Music), both Eponine and Fantine (Les Misérables), Guinevere (Camelot), Adelaide (Guys and Dolls) and The Baker’s Wife (Into the Woods). In 2004, Ms. Koepke won the prestigious Thespian Tribute award for her performance of Eliza Doolittle in My Fair Lady. In 2007 she received critical acclaim for her performance of the role of Claudia Draper in Tom Topor’s stage play, Nuts.

Ms. Koepke attended the University of New Mexico, where she earned a double Master’s degree in Vocal Performance and Child Psychology & Behavioral Studies. Ms. Koepke also minored in theater, receiving additional training in directing and improvisation. After receiving her degrees, she continued to study theatre, becoming a Shakespearian trained actress through the Addison program, a partner program of the Royal Shakespeare Academy. She has performed such classical roles as Katherine (Taming of the Shrew), Ophelia (Hamlet), Juliet (Romeo and Juliet) and Beatrice (Much Ado About Nothing). Her professional operatic career began in 2001 with the Santa Fe Opera, first as a young artist and later a Resident Artist. Her operatic performance credits include Gretel (Hänsel und Gretel), Liu (Turandot), Musetta (La bohème), La Contessa (Le nozze di Figaro), Fiordiligi (Così fan tutte) and Norma (Norma).

In 2006, Ms. Koepke began to focus her career in stage directing. Well-versed in multiple genres of theater, Ms. Koepke has directed productions such as The Cunning Little Vixen, Madama Butterfly, A Little Night Music, The Pirates of Penzance, Inherit the Wind, The Tempest and A Lion in Winter.

Ms. Koepke began working with Opera Colorado in 2007, where she serves as the Director of the Opera Colorado Artist in Residence Program and the Director of Education & Community Engagement. She creates the abridged scores for the company’s Touring Productions, translating the text and adapting the music as well as designing each production. She also serves as the lead dramatic coach and stage director for the program. She has directed Opera Colorado’s touring productions of Rossini’s Cinderella, Gounod’s Romeo & Juliet, Humperdinck’s Hansel and Gretel, Rossini’s The Barber of Seville, Bizet’s Carmen and Donizetti’s The Elixir of Love. In 2012, Koepke directed the student matinee production of Mozart’s Le nozze di Figaro, at the Ellie Caulkins Opera House. In the same year, she created the program “An Afternoon of American Song” for Opera Colorado which is now in its fourth season. In February of 2015, Koepke directed the world premiere concert reading of Lori Laitman’s The Scarlet Letter.  In the summer of 2017, she made her debut with Opera Steamboat as the stage director for Jonathan Dove’s, The Enchanted Pig.

In 2009, Ms. Koepke began studying Gaelic and singing Celtic music. She has competed in numerous national competitions, placing in the top three at the Pan Celtic Festival in 2012. She also performs with a Celtic group based in Killarney and tours throughout Ireland.