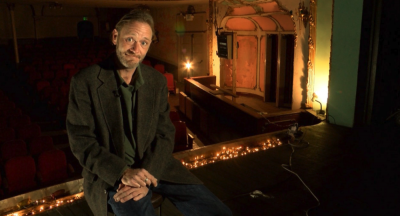 Christopher Smith is a writer, editor, musician, and educator with a rich history of performance and production. Dr. Smith is a faculty member at Trinidad State College overseeing the growth of a new Technical Theatre program. Prior to moving to Colorado in 2018, Dr. Smith lived in Vermont for two decades, working with institutions and performance venues as well as with local arts and performing arts organizations. Today, he serves as a faculty member as well as part of the team supervising the restoration of the Fox West Theatre of Trinidad, Colorado, a historic Vaudeville-era venue. He is an active contributor to Trinidad’s local music scene.

Acting On Stage, Acting On Film: What’s the Difference?


“The camera doesn’t have to be wooed. It already loves you very deeply.” – Michael Caine

This workshop offers a short training for students about the difference between acting for film and acting on stage in live productions. Students learn the principles of acting for a camera and the benefits and drawbacks of capturing performances using modern technology. This workshop is informed by Trinidad State faculty’s recent experience in directing and producing an original play, Beyond the Door by Douglas Farr, specifically for production as a short film.