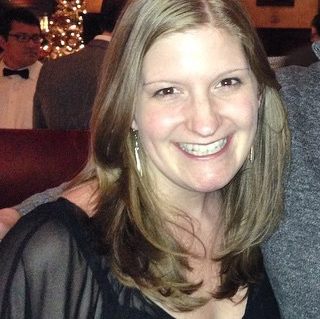 Originally from Pittsburgh, Courtney has been part of the New York theatre scene for the past decade. In addition to local and regional acting, she has worked in marketing and development roles at several Broadway and Off-Broadway theaters, including Circle in the Square and Atlantic Theater Company. Joining the Samuel French team in 2013, Courtney serves as the Marketing Manager for Social Media and Community, managing social media engagement (@SamuelFrenchNYC), editing Breaking Character Magazine (breakingcharactermagazine.com), and producing community events. Proud alum of Carnegie Mellon University. Twitter and Instagram:  @courtkochuba.

MORE ABOUT SAMUEL FRENCH
Samuel French is the world’s leading publisher and licensor of plays and musicals. The company’s catalog features some of the most acclaimed work ever written for the stage and titles by writers at the forefront of contemporary drama. Samuel French is proud to have served as a leader in theatrical publishing and licensing for over 180 years and is committed to the future by championing for playwrights, innovating the industry, and celebrating all those who make theatre around the world.

Identity in Theatre: Proposing Relevant Radical Shows at your School


The issues of identity, inclusion and representation onstage are ongoing issues within our theatre community. What is the best way for a high school to approach these topics, while still being appropriate to their audiences? Join Samuel French for a discussion about what topics need to be seen onstage, recommended shows to achieve that goal, marketing tips, and more.