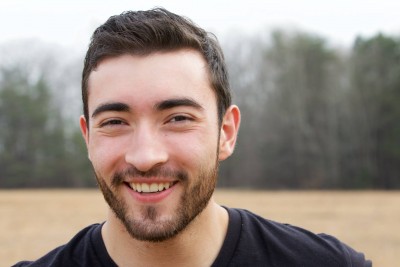 Eric is a passionate filmmaker with an intrinsic desire to have a positive impact on the world around him. Born and raised in Denver, Colorado, Eric found his love for cinema when he was nine years old and has since enjoyed exploring the cinematic world both from the director’s chair, and behind the camera.

In addition to operating his production company, Infinitus Pictures, Eric works as a Associate Producer with Nickelodeon as a member of their live action learning team with Noggin.

Prior to working with Nickelodeon, Eric worked as a Producer, Director, and Director of Photography for Rocky Mountain PBS. Since 2017 Eric has produced 42 episodes and directed 6 of their premier documentary series, Colorado Experience. During his time at Rocky Mountain PBS, Eric and his team have received 9 Heartland Emmy nominations and 3 Colorado Broadcasters Association Awards of Excellence.

Eric received an additional two Heartland Emmy nominations for his PSA titled, VOTE, aimed at galvanizing all Americans to actively participate in the democratic process.

This PSA was also selected as one of three winners in the #VoteByNight New Filmmaker Challenge, where M. Night Shyamalan said, "I was genuinely moved and teared up. Made me proud to be an American."

Eric is passionate about telling stories that provoke thought, inspire, and entertain.


Take your films to the next level as we explore some simple tricks that you can do to improve the lighting and cinematography of your films. Learn to make the most of what you have to help tell your stories!


Work together with your peers to film the 2022 Thespian Conference! Using your phones we will film the conference and your footage will be edited together and presented at the end of the conference to celebrate all the good times and hard work.