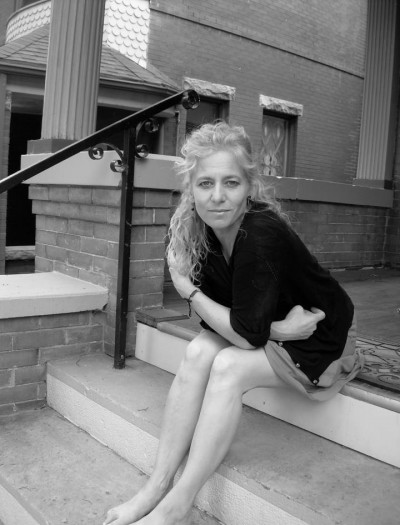 Jennifer McCray Rincón (Co-Artistic Director & Master Acting Teacher) received her BA in Theatre Studies from Yale University and an MFA in Directing from the Yale School of Drama. She was recipient of an NEA Directing Fellowship at Playwright’s Horizons in NYC and a Fulbright Teaching Fellowship in Bogota, Colombia. After many years in New York, Ms. Rincón came to Denver as the Head of Acting at the National Theatre Conservatory, where she remained from 1991 through 2008. At the DCPA Ms. Rincón taught acting in the 3-year MFA Acting program and directed over 100 productions including Equus, Othello, The Laramie Project, Romeo and Juliet, Twelfth Night, The 365 Project, Monte Carlo, and Expedition 6 by Bill Pullman. Locally, Ms. Rincon has directed for El Centro Su Teatro, Shadow Theatre, The Historic Old Elitches Theatre, and was Founding Artistic Director of the Lizard Head Theatre Company in Telluride. Since founding Visionbox Studio in 2010 Jennifer McCray Rincon has taught acting to Denver student and professional actors in five week sequences culminating in performances. She has also developed and directed a number of workshops and productions for Visionbox including: The Wild Hunt by Bill Pullman, Danny and the Deep Blue Sea by John Patrick Shanley, Lydie Breeze by John Guare, After the Fall by Arthur Miller, 2xTENN by Tennessee Williams, A Child's Christmas in Wales by Dylan Thomas with William Youmans, The Othello Project, an adaptation of Shakespeare's Othello and My Two Sisters, an adaptation of Chekhov's Three Sisters.


Students will be given a copy of "The 5 Questions" Acting Technique, originally taught by Earle Gister at the Yale School of Drama from 1980 to 1999. This is a Stanislavsky-based technique that focuses on the playing of objectives and actions, moving actors away from the playing of emotions and conditions. After some initial lecture and interactive discussion, two members of the Visionbox Professional Ensemble will perform a scene that will then be directed by Jennifer Rincon in an interactive discussion format. Finally, at least 2 students from the workshop will have the opportunity to cold read a scene and work on it with Ms. Rincon. Jennifer McCray Rincon, Founding Artistic Director of Visionbox Studio is a graduate of Yale University and the Yale School of Drama Directing program. She was the Head of Acting at the NTC at the DCPA from 1991-2008. She founded Visionbox in 2010 to provide student and professional actors in Denver with graduate-level training.