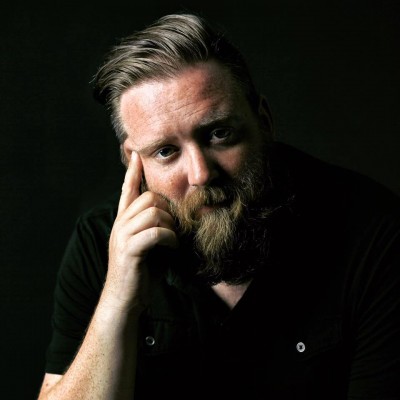 Josh is an Acting Teacher and Director who has led workshops, taught classes, and guided productions all over the country while serving on several faculties including as the former Head of Acting at New Mexico State University. Currently a Visiting Professor of Theatre at the University of Northern Colorado, Josh is also an Associate Teacher of Fitzmaurice Voicework®, a certified instructor of the Michael Chekhov Technique, and a recent certification with the Tectonic Theatre Project and their unique approach to devising and theatre-making: Moments Work. As an actor and director, Josh has worked in a variety of educational, professional, and regional venues including with theater luminaries such as Olympia Dukakis and Mark Medoff, and with such notables as New York Times Best Selling Author, Rebecca Goldstein and International film actress and author Emmanuelle Chaulet, who directed Josh in the original and critically acclaimed "Rest Stop" at Oak Street Theater in Portland, Maine. Recent Directing credits include critically acclaimed productions of the musical "Mr. Popper’s Penguins" for Virginia Rep’, Eugene O'Neill's American classic "Desire Under the Elms" at the Firehouse Theater (Richmond Theatre Critics Circle Best Director Nomination), the Chicago Premiere of "Peter Pan: The Boy Who Hated Mothers" at the Athenaeum Theater, the Virginia Premiere of "Lord of the Flies" for the Henley Street Theatre Company. Josh is a member of the Stage Director and Choreographers Society, The Michael Chekhov Association, and the Lincoln Center Directors Lab where he led an experimental staging of the Costa Rican folk tale "La Segua."


Ever-present in classic mythology, legend, literature, psychology, and art, archetypes exist as energies and characters that have spanned time and culture. Utilizing breath, movement, voice, and imagination, we will explore several archetypes... including the Ruler and the Warrior, that will enhance character development, heighten intuition, and deepen the connection between thought and action. Pulling from Patsy Rodenburg, Carol Pearson, Frankie Armstrong, and Michael Chekhov, Acting with Archetypes will feed your creative spirit and become a valuable asset to your "acting tool box."