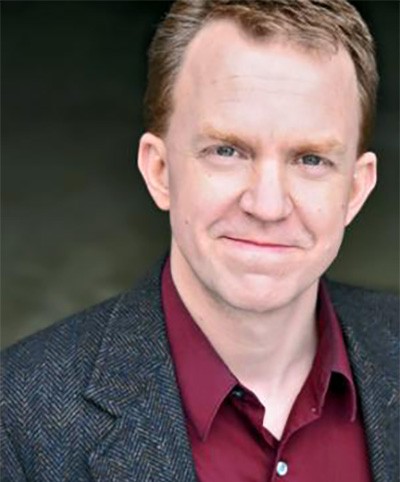 Kevin Rich is Assistant Professor of Theatre at the University of Colorado at Boulder. Kevin’s focus as a professional actor and director is on the intersection of Shakespeare and new work. He was Artistic Director of the Illinois Shakespeare Festival for five years, where he recently commissioned and directed the world premiere of I Heart Juliet, a Hip Hop adaptation of Romeo and Juliet by the Q Brothers Collective. He is a member of Actors Equity & SAG-AFTRA and holds an MFA in Acting from Yale School of Drama.


Are you interested in learning more about Shakespeare? As you look into programs, internships and summer work, you'll find many auditions require a classical monologue. CU Boulder faculty member Kevin Rich has worked as a Shakespearean actor and director for over a decade, and served as Artistic Director of the Illinois Shakespeare Festival from 2012-2017. Having seen thousands of Shakespeare auditions in that time, he'll share some thoughts about choosing the right piece, some suggestions of plays and monologues for your age range, and guidance for unlocking the power of Shakespeare's language. As time permits, Kevin will also offer feedback for those of you who already have a Shakespeare monologue memorized and would like to perform it!

Taking the Reins: Creating Your Own Opportunities in the Theatre


If you're interested in being a theatre artist for life, it's always a good idea to put yourself in the driver's seat of your career, rather than waiting for the phone to ring! This workshop is centered on providing ideas and motivation for students who are interested in creating original work as part of pursuing theatre as a career. CU Boulder theatre professor Kevin Rich will introduce you to many possible avenues for creating original work, including playwriting, improvisation, devised and interview-based work, one-person shows and theatre for young audiences. The workshop will include some fun improvisation exercises and brainstorming sessions to help generate ideas for future projects, and you'll leave with a list of Ten Things To Do Before You Graduate to help you launch yourself into the career of your dreams!