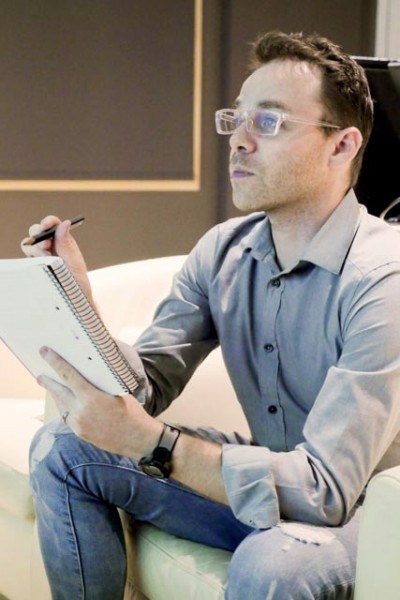 Matthew Polis, recently returned to Boulder after 20 years in New York City.  He is the founder of boutique sound house, SoundSpace with the newest location in Bouder CO, and has been sound designing and mixing films for nearly 20 years.  His combined story driven approach to sound design and technical mastery in the mix room has earned him respect amongst his peers in the indie film world with over 150 credits.  Matthew's works include Appropriate Behavior (Sundance, BAM), Growing Up Coy (ITVS, Denver Film Festival), I Believe in Unicorns (SXSW), Peter and Vandy (Sundance) David Blaine: Beautiful Struggle & What is Magic, Evolution of a Criminal (SXSW, Full Frame, ITVS), Liyana (LA Film Festival), ACORN (TriBeCa) Food Chains (Berlin), Talihina Sky: The Story of Kings of Leon, Seymour: An Introduction (Telluride, Toronto, NYFF). And he is the head of post audio for TED Conferences.
Matthew also served as an adjunct professor at his alma mater, NYU Tisch School Of The Arts for post audio and mixing.


We will look at both "halves" of sound for film. Field recording during production and post production sound design and mix. We talk about the impact of sound for film from both technical and creative perspectives and discuss how directors are involved in the process. There will be a combination of lecture, demonstrations, hands-on with equipment and Q/A. No technical experience is required.