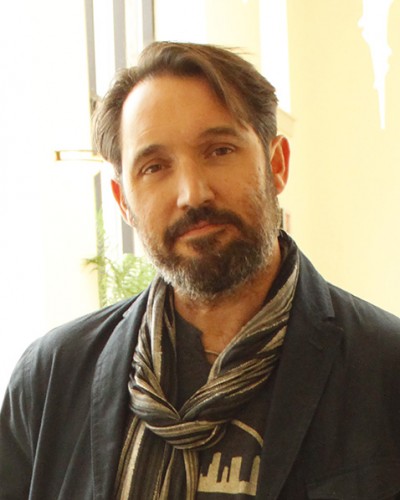 Matthew A. Schlief www.schliefdesign.com mschlief@coloradomesa.edu Matthew Schlief is an Assistant Professor of Scenic & Lighting Design at Colorado Mesa University. He has designed scenery, lighting, and/or projections for TUTS Underground, Horsehead Theatre Co., Creede Repertory Theatre, Main Street Theatre, Houston Shakespeare Festival, Flatlands Dance Theatre, West Virginia Public Theatre, Virginia Musical Theatre, and Lubbock Moonlight Musicals, as well as the COCO Dance Festival in Trinidad. In 2012 Matt received the Houston Press Theatre Award for Best Lighting Design for Bloody Bloody Andrew Jackson, and in 2013 received the Broadway World Best of Houston Award for his Lighting Design of Sweeney Todd. He has also received four KCACTF Meritorious Achievement in Design awards in 2014, 2015, 2016, and 2017. Most recently he conceived and directed a site specific production called Morning, Noon, Evening, Night at the Prague Quadrennial in June of 2019. He has designed, lectured, and provided master classes at The University of Houston, Rice University, and Oklahoma City University, as well as numerous USITT Conventions. Over the past 15 years Matt has designed more than 120 different productions, from a variety of theaters both nationally and internationally.


Theatrical Design for the Actor is an exploration of the elements of design as it relates to performers. What does it mean to find your light? How should you wear your costume to the best of it's ability? What are the things you need to do or know as an actor to get the most from your technical crew? How should you treat your designers and crews, and what is acceptable behavior for technical rehearsals? These questions can be answered and discussed to help performers become more professional and prepare them for University level and professional productions. This workshop is also applicable for technicians and stage managers.