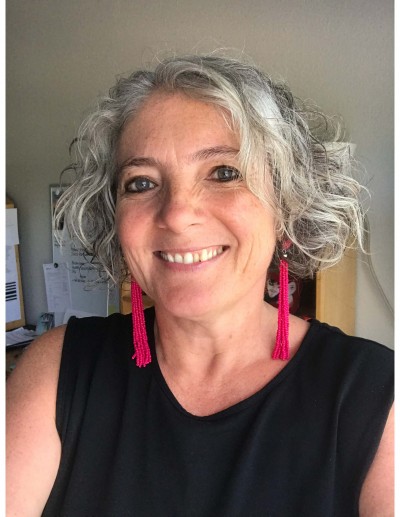 https://theatre.colostate.edu/people/drmlewis/ Dr. Megan Lewis is a South African-American theatre historian and performance scholar. She is the author of Performing Whitely in the Postcolony (2016, University of Iowa Press) and Magnet Theatre: Three Decades of Making Space (2016, Intellect Books and UNISA Press), which won the Hiddingh-Currie National Book Award in 2018. She is currently working on her third book project: a study of safari as performance. Lewis has published on African political theatre, film and performance in Theatre Journal, Performing Arts Journal, Theatre History Studies, Text & Performance, Theatre Topics, and The Journal of Dramatic Theory and Criticism. Prof. Lewis is a multidisciplinary educator with a passion for inspiring intellectual curiosity and advocating for the performing arts as a powerful force for social activation and change. Her teaching passions include African theatre and film, the politics of performance, non-Western performance traditions, theatre of dissent, the performance of gender (masculinity) and race (whiteness) in South Africa, and white allyship. Prior to joining the faculty at Colorado State University, she taught at the University of Minnesota and UMass Amherst. Lewis’ accolades include a 2015 Distinguished Teacher Award from UMass Amherst; a national book award; an intensive summer study abroad program – Arts & Culture in South Africa – focused around the National Arts Festival in Grahamstown/Makhanda; and two global teaching voyages for Semester at Sea. She served as Graduate Program Director and Multicultural Theater Certificate Director before taking on the exciting new leadership challenge as Director of Theatre at CSU. Lewis balances her scholarly life with a professional career as a documentary filmmaker and editor and voiceover talent.

Why A Theatre Major Matters


In the United States, the arts have historically been viewed as an avocation rather than a vocation. And these questions comes up often in deciding on a degree in the performing arts: Is a theatre major worth it? Especially in tough economic times? What skills do we teach in theatre that can apply to other areas, jobs, and walks of life? Why should anyone major in theatre?

Drawing on her experience in multiple career paths in both the private and public sectors: in theatre and higher education, PR and advertising, video production, professional writing, leadership and international work, Dr. Megan Lewis answers these questions for you.

Lewis examines how Theatre training addresses the emerging paradigm of work in the 21st century: the need for creative people in new and creative economies. Offering practical, applicable examples, she argues that theatre prepares us with vital, marketable skills that apply to theatremaking as well as many other fields.