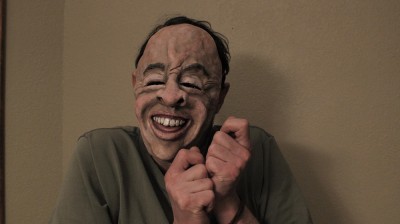 Michael is an actor, director, creator of theatre, and mask-maker He tours his award winning show Four Wishes adapted from Gluskabe and the Four Wishes by, Joseph Bruchac both locally and nationally.  Locally Michael has performed at the Germinal Stage, Nomad Theater, Denver Civic Theater, with Band of Toughs an (Associate Member), Theatre 13, DragonFly Productions, Now or Never Theatre and with Colorado Shakespeare Festival’s “Living Shakespeare” art in education program, and through Think 360 Arts. Michael has been a member of Faustwork Mask Theatre, touring “The Mask Messenger” throughout North America. He has performed with the International Pantomime Company of New England in Mexico and toured with the Pocket Mime Theater Company. For 8 years Michael co-created 6 new movement theater shows with the collective Studebaker Movement Theatre of Boston. They toured, taught and performed both internationally and nationally across North America and in Scotland, England, Switzerland, Germany, and the Czech Republic. Michael has a MFA in Acting from Brandeis University’s Professional Actor Training Program, and has performed in New York City in Off & Off Off Broadway, regionally at the Asolo Theatre, FL, Castle Hill Festival, MA, and with Circus Flora, MO. For booking of Workshops, Residencies or Four Wishes please visit: www.gunstwork.com


This workshop is participatory and teaches the fundamentals of Mask work. The goal of the workshop is to nurture a cognizance of the value of movement in mask .