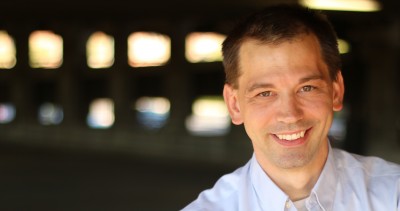 Michael is an Alumni of Grand Canyon University and holds an M.F.A. from the University of San Diego Old Globe Professional Actor Training Program. His acting credits include: Fame on 42nd Street (Original New York Cast); Hay Fever (New Jersey Shakespeare); Trojan Women, Pericles, Taming of the Shrew, Smash!, and Twelfth Night (The Old Globe Theatres); Bandido! (San Diego Repertory Theatre); Ivona, Princess of Burgundia (Sacred Fools); My Name is Asher Lev, Laughter on the 23rd Floor, Broadway Bound, and Brighton Beach Memoirs (AJTC); and Smoke on the Mountain (Lamb’s Players Theatre). He is also a regular performer and host for the Phoenix Symphony. As a playwright, his works include: The Servant and the Fool, Dial P for Peanuts (with David Hayes), Make Believe, Deal with It (Television Pilot with Stephen Muterspaugh), Little League (Television Pilot with Stephen Muterspaugh) and a one man show currently titled, God Knows What. He is also the author of Acting in Faith: A Christian’s Guide to the Acting World.


The writing process can be as daunting as it is rewarding. The hardest part is always the start. This workshop is designed for both playwrights who want to write for actors and actors who want another outlet for expressing themselves. We will build a complete story from the ground up using the tools actors use when building a character.