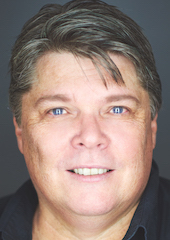 Michael McKelvey has been teaching and coaching singers for more than 30 years. Originally from Los Angeles, he has successfully run vocal studios in L.A., Dallas, Austin, Pittsburgh and New Orleans. Specializing in musical theatre and contemporary commercial music, Michael’s students can be heard and seen on Broadway, regional theatres and theme parks across the U.S., and international cruises. He has presented vocal workshops and adjudicated for the Louisiana Chapter of the National Association of Teachers of Singing, Musical Theatre Educators Alliance, Classical Singer Competition, Texas Music Educators Association, University Interscholastic League, Orange Theory Fitness Summit, Texas Educational Theatre Association, Texas Arts Project, Zach Scott Theatre Performing Arts School, and numerous others. Michael is also an award-winning director, producer and educator. He has recently moved to Durango, CO to start a musical theatre program at Fort Lewis College. Prior to moving to Colorado, Dr. McKelvey was a Professor of Practice in Musical Theatre at Tulane University and the Artistic Director of Summer Lyric Theatre, the preeminent professional summer theatre in the Gulf South. He has also served as the Head of Voice and Associate Professor at the Conservatory of Performing Arts at Point Park University in Pittsburgh, PA and Director of Musical Theatre, Coordinator of Music, and Associate Professor at St. Edward’s University in Austin, TX. Aside from his university work, Michael is an active freelance producer and arts outreach educator. In Austin, he founded his award-winning production company, Doctuh Mistuh Productions, which specializes in bringing off-Broadway shows to communities who do not have the opportunity to see them. He is also co-founder of Summer Stock Austin, and its outreach program, Theatre for All. SSA is the only tuition-free program of its kind in the U.S., teaming high school and college students together under the guidance of professional theatre makers to produce a summer stock repertory theatre company. He also founded The Story Road Project for Summer Lyric Theatre. Story Road brought live theatre experiences at no cost to the underserved young people of the Greater New Orleans area. www.michael-mckelvey.com www.doctuhmistuh.org

The Singer’s Guide to the Musical Theatre Audition


So, the audition notice says: "Prepare two contrasting songs, 16-32 bar cuts, in the style of the show, but do not sing something from a musical." OR "Sing one song, 16 bar cut, for a six-show season which includes Oklahoma, Rock of Ages, A Chorus Line, Forever Plaid, The Little Mermaid, and Matilda." What the heck do you sing?

This workshop takes the mystery out of selecting audition material and will tackle such subjects as: Deciphering the clues in the Audition Notice; Knowing your vocal range and learning what makes you unique as a vocalist; Increasing your song repertoire and your musical theatre I.Q.; learning what to sing and, more importantly, what NOT to sing; and much more.

Singers are encouraged to bring their audition songbooks and recorded accompaniment tracks with speakers if they would like to sing. Two to three volunteers will be selected for the workshop session.