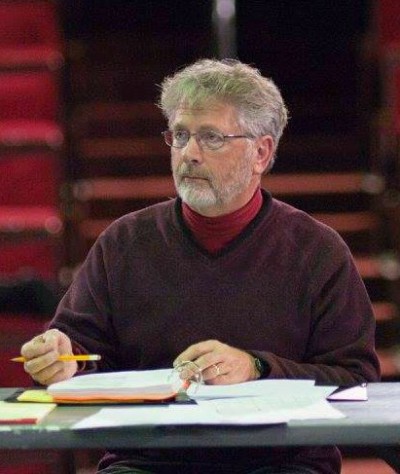 Richard Burk, Workshop Presenter- MFA, Casper College: Coordinator of the Theatre Performance DegreeAfter touring with the Old Creamery Theatre Company, performing children’s theatre, mime, comedy and drama, Richard received his M.F.A. in Acting from the University of Illinois.  His training and experience has allowed for a diverse career that includes Directing (Off Broadway– The Magdalene at the Theatre at St. Clements on 46th Street; television (C. B.S.’s True Detectives, produced by William Shatner), Acting (Regionally in theatres in Iowa, Illinois, Kentucky, New Mexico, and Washington State), Stage Combat (Staged the violence in the World Premiere of Mark Medoff’s STUMPS at the American Southwest Theatre Company) Playwriting (Wrote and produced LAST CROSSING, and “WHY I DO WHAT I DO, a one man show”), International Workshop presenter (Instituto Guatemalteco Americano in Guatemala City), Film,  and Radio, as well as theatre management as Artistic Director for the Clinton Showboat Theatre.

“All of this happened because the people who believed in me never told me I couldn’t do it!  That’s the approach I take in theatre – my job is to empower the artists of the theatre!”