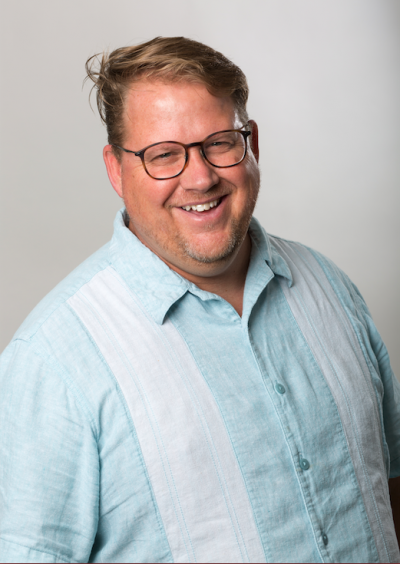 Rick Reeves joined the Theatre faculty in fall 2018 as the Artist-in-Residence in Digital Media & Design and added the title Interim Head of the Bachelor of Arts in Theatre and Performance. He has been passionate about theatre and its ability to help people in a variety of ways since the early '90's. In joining the faculty at Oklahoma City University, he hopes to pass that enthusiasm on to the students there. He brings a variety of experience to the team there. He has designed lighting, digital media, and scenery at a number of theatres around the country. Rick most recently designed scenery for Micheal Pearman's rendition of She Loves Me at Creede Repertory Theatre. He has twice been Guest Lighting Designer at Lees-McRae College, working with Gabe Vanover on And then they Came for Me and Eurydice. His lighting work could be seen in Cabaret and Arcadia, as well as his scenic design for On the Verge, at the Maedgen theatre in at Texas Tech University in Lubbock, Texas. This is a small sampling of his resume, Rick has designed at Arkansas Shakespeare Theatre, Oklahoma Shakespeare in the Park, and Tulane Shakespeare Festival. Most recently he was The Production Manager for Creede Repertory Theatre for their 2017 and 2018 seasons. CRT produces nine shows annually and plays to tens of thousands of patrons in their home theatres and on tours. Rick holds a BA in Theatre Arts from Abilene Christian University and an MFA in Theatrical Design and Production from Texas Tech University.