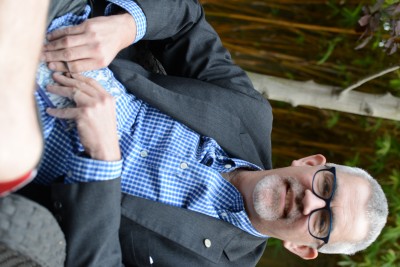 Stephen Gregg’s play, This is a Test, helped define a genre of large-cast one-acts when it appeared in 1988.  Since then, he’s published over twenty plays for schools to perform, including Small Actors, One Lane Bridge, The New Margo, S.P.A.R., Twitch, Wake-Up Call, Sex Lives of Superheroes and Crush, which was produced on the mainstage of the International Thespian Festival in 2016. His new one-act is called Why We Like Love Stories.

He’s been the recipient of a Jerome Fellowship from the Playwright’s Center of Minneapolis; the Actors Theatre of Louisville’s Heideman Award for best ten-minute play (A Private Moment) and the International Thespian Society’s Founders’ Award for Service to youth and theatre. Crush was developed during a residency at the William Inge Center for the Arts.

Gregg teaches himself to write plays, one tweet at a time, at @playwrightnow.