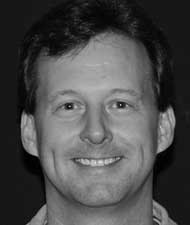 Stuart is the Technical Director for DCPA Education. He was the Technical Director and Associate Producer for the Littleton Town Hall Arts Center from 1999 through 2007. He has been involved in the entertainment world since 1985 with a career that has spanned technical directing, producing, set design, lighting design, acting, directing, stage managing, and radio broadcasting. Colorado theatres where Stuart has designed or built sets include: Town Hall Arts Center, The Arvada Center, Country Dinner Playhouse, Boulder’s Dinner Theatre, PHAMALY, The Aurora Fox, Imagination Makers, and Colorado Stage Company. Stuart has taught set construction at the University of North Carolina-Greensboro and Arapahoe Community College. He has directed for Coal Creek Community Theatre and Lafayette Community Theatre. Stuart has also performed for television, film, outdoor drama, theme parks, regional and community theatres and is a member of Actor’s Equity. His broadcasting credits include radio stations WSIF and WKBC. He has done pre-show announcements for Horn in the West Outdoor Drama, Town Hall Arts Center, and the Conservatory Theatre.


Spend an hour exploring the backstage spaces of the Denver Center of the Performing Arts, a major force in American theatre, here, in your backyard! As the DCPA Education Technical Director, Stuart Barr, who leads the tour can make the connections between the work in your theatre department and the work within this major regional theatre. This offering is an insightful opportunity to understand the diversity of positions and skills necessary to create the theatre of today and into the future. Tours will begin and end at the workshop’s assigned conference room. The Tours will be limited to 25 people. Tour tickets will be distributed on a first-come first-served basis.