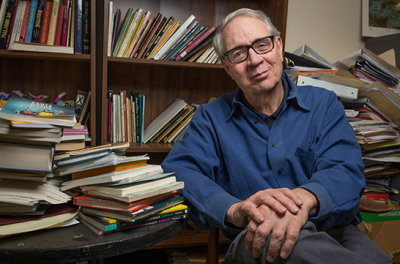 Tom McNally is a Professor Emeritus from the University of Northern Colorado and a teaching artist for DCPA and DSA. His textbook, Acting: The Active Process (Kendall Hunt) has been used in high schools and colleges throughout the United States. Prior to UNC, Tom was head of acting and coordinator of undergraduate studies at Penn State University. In addition, during his 43 years of teaching, Tom has directed 130 productions, done over 300 workshops, and many keynote speeches at national theatre conferences. He has been given the National EDTA Founders and Hall of Fame awards. Tom was also recognized by the Colorado "Henry" Organization with a Lifetime Achievement Award in Colorado Theatre.